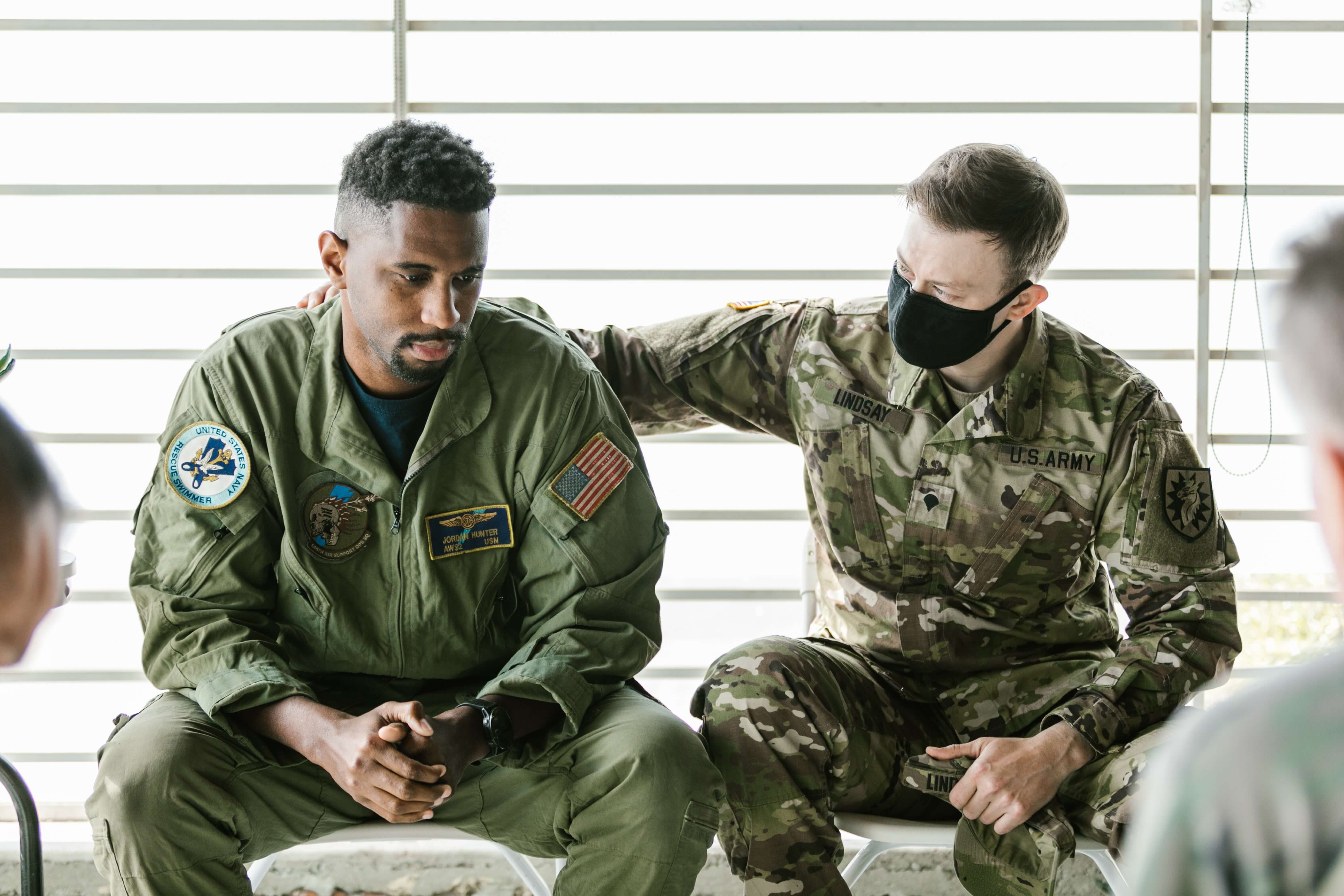 The crippling effects of mental illness are far-reaching and widely unbiased. U.S. veterans are no exception and accounted for over 1.7 million cases alone in 2020, according to the U.S. Department of Veterans Affairs. The prevalence of rising mental illnesses has been a topic of discussion for decades, but has recently seen advancements in resources, treatments, and services to better aid those affected in cases of varying severities. Knowing when, how, and where to deal with these illnesses is imperative to the health of veterans nationwide.

The Most Common Types of Mental Illnesses in Veterans

Considered one of the most diagnosed mental illnesses in veterans, posttraumatic stress disorder (PTSD) has impacted 11 - 20 out of every 100 veterans returning from recent wars. Provoked by event-induced trauma, PTSD causes unwarranted hallucinations, memories, or thoughts that lead to fearful or incapacitating reactions.

Signs that you or a loved one could be suffering from PTSD include:

Military Sexual Trauma (MST) has become frequently documented in veterans treated within VA (Veterans Affairs) facilities nationwide. An estimated 1 in 4 women and 1 in every 100 men are victim to some form of sexual harassment or assault during service, leading to disfuntionality in the form of PTSD, relationship problems, chronic pains, and substance abuse.

Recognizing signs and symptoms of MST can be found in the following traits:

Veterans and civilians are prone to this common mental illness, regardless of military status or the like. Stemming from genetics, stressful environments, or health related factors, depression is the most commonly diagnosed mental illness in the U.S. causing mood swings, constant states of sadness, hopelessness, or thoughts of suicide.

As of a 2014 joint study from Stanford University School of Medicine and the VA Palo Alto Health Care System, civilians surprisingly demonstrated more signs of depressive tendencies than veterans. Regardless of the study, veterans nationwide still account for 11% of those who suffer from depression. In addition, depression is found to co-occur alongside other mental illnesses like PTSD, MST, schizophrenia, and bipolar disorder.

Depression comes in various forms, but is usually observable by these signs:

Also commonly diagnosed among veterans, Traumatic Brain Injury (TBI) occurs during active duty from high impact reverberations or head injuries. Over 414,000 veterans across the globe have been diagnosed with some form of TBI leading to light to severe migraines, difficulty sleeping, loss of memory, increased risk of dementia, depression, anxiety, or difficulty maintaining employment.

Ongoing studies are evaluating the long-term effects of both TBI and mild traumatic brain injury (mTBI). Mild cases of mTBI are more associated with multiple concussions and consistent, light head impacts over time. These cases can develop into more severe instances of neurodegenerative disease, such as chronic traumatic encephalopathy (CTE).

Observable symptoms of TBI and mTBI are commonly seen in these traits:

When, How, and Where To Receive Help

Recognizing mental illnesses like these is ground zero in taking the first steps toward support. The sooner problems like these are addressed, the sooner professionals and loved ones can provide any necessary treatments to combat further detrimental progression. The when is now, and now is the time to seek VA or civilian facilities that specialize in mental illnesses, addictions, and lifestyle changes to better yourself or a loved one.

Depending on the mental illness and the diagnosis of the individual, treatments can range from medications, psychotherapy, aftercare services, trauma-informed therapy, dialectical behavior therapy, and family involvement throughout the process. Relying on loved ones and specialists provides the most successful environment to proactively cope—and conquer—your debilitating illnesses.

Voluntary residential programs are built for the sole purpose of bettering any who choose to seek help. VA facilities and civilian treatment centers around the nation, including Jackson House in California, offer personalized care and treatment with an emphasis in client comfort. Teams of professionals and peers are there to produce the best possible results accommodated to your specific needs and illnesses.

The urgency is clear, mental illnesses can leave any individuals, veteran or otherwise, physically and mentally unable to conquer alone. Seeking the appropriate help has given thousands of people a new chance of living a fulfilled and healthy life. If you believe you may be experiencing any signs of mental illness, pursue further evaluation and consultations from facilities like Jackson House.